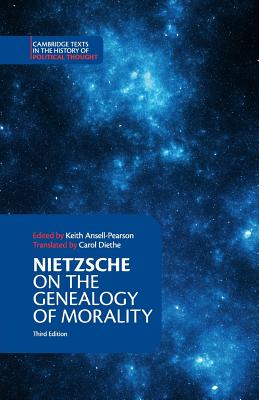 Friedrich Nietzsche is one of the most influential thinkers of the past 150 years and On the Genealogy of Morality (1887) is his most important work on ethics and politics. A polemical contribution to moral and political theory, it offers a critique of moral values and traces the historical evolution of concepts such as guilt, conscience, responsibility, law and justice. First published in 1994, and revised in 2006, the third edition of this best-selling, concise introduction and translation has been revised and updated throughout, to take account of recent scholarship. Featuring an expanded introduction, an updated bibliography and a guide to further reading, the third edition also includes timelines and biographical synopses. The Cambridge Texts in the History of Political Thought edition of Nietzsche's major work is an essential resource for both undergraduate and graduate courses on Nietzsche, the history of philosophy, continental philosophy, history of political thought and ethics.