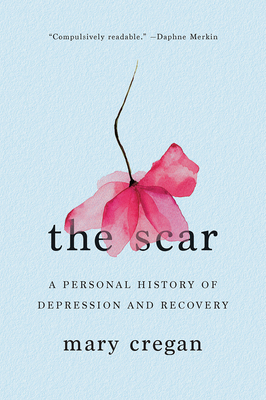 A graceful and penetrating memoir interweaving the author’s descent into depression with a medical and cultural history of this illness.

At the age of twenty-seven, married, living in New York, and working in book design, Mary Cregan gives birth to her first child, a daughter she names Anna. But it’s apparent that something is terribly wrong, and two days later, Anna dies—plunging Cregan into suicidal despair.

Decades later, sustained by her work, a second marriage, and a son, Cregan reflects on this pivotal experience and attempts to make sense of it. She weaves together literature and research with details from her own ordeal—and the still visible scar of her suicide attempt—while also considering her life as part of the larger history of our understanding of depression. In fearless, candid prose, Cregan examines her psychotherapy alongside early treatments of melancholia, weighs the benefits of shock treatment against its terrifying pop culture depictions, explores the controversy around antidepressants and how little we know about them—even as she acknowledges that the medication saved her life—and sifts through the history of the hospital where her recovery began.

Perceptive, intimate, and elegantly written, The Scar vividly depicts the pain and ongoing stigma of clinical depression, giving greater insight into its management and offering hope for those who are suffering.

Powerful... Cregan writes lucidly of her illness and offers hope as well as valuable insights for those living with depression.
— Publishers Weekly (starred review)

An insightful account of the significant physical and emotional scars caused by depression... Inspiring and illuminating testimony.
— Kirkus

Compulsively readable... Written matter-of-factly, without recourse to melodrama or a facile assigning of blame, Mary Cregan explores the roots of her own depression and hospitalization with a candor that is all the more effective because it is set against an informed historical overview of the treatment of mental illness... The Scar will make you think differently about this condition and its debilitating effects, bringing out into the light a disease that has all too often been shrouded in stigma and shame.

What makes this immensely helpful and beautifully written book so moving is the way the author keeps unpeeling one layer after another of her experience, with such exquisite patience and intelligence that it is impossible not to care or identify with her.
— Phillip Lopate, author of A Mother’s Tale

In The Scar, Mary Cregan has set herself the challenge of describing her personal anguish while educating the reader about the history of the treatment of depression. With a rare combination of clearsightedness, a novelist’s sense of narrative presence and cultural texture, and an ability to synthesize and explain an enormous quantity of scientific data, Cregan makes an entirely original and invaluable contribution to the literature of this illness that has cast its mysterious shadow over so many lives.

A searingly honest and riveting book. In prose that is vivid and exact, Mary Cregan describes her experience of deep depression. With skill and serious research, she also charts changes in the way this illness has been treated by doctors. This is a book that will really matter to anyone who has been through the experiences of depression or who has witnessed the suffering. What makes the book stand out is the sheer clarity of the writing, the personal fragility and the wrestling with demons emerging here with a kind of grace, a hard-won heroism.
— Colm Tóibín, author of House of Names

The Scar is a memoir unique in my experience: intensely personal, warmly and unflinchingly intimate, yet wide-ranging, informative, even scholarly—beautifully and persuasively written. Unlike any other memoir I have read touching on psychological vulnerability and the risk of suicide, The Scar reaches beyond its immediate subject to provide a cultural and historical context for that most mysterious of afflictions, 'depression'—or, in more Romantic terms, 'melancholia'—making it particularly valuable at the present time.

A truly exceptional book. All those who know depression first-hand will surely recognize themselves in Mary Cregan’s account. This beautifully written and informative work will no doubt be critically important for those who read it.
— David Karp, author of Speaking of Sadness: Depression, Disconnection, and the Meanings of Illness

Mary Cregan attended Middlebury College and received her PhD from Columbia University. Her writing has appeared in the Chronicle of Higher Education and in the Financial Times. A lecturer in English literature at Barnard College, she lives in New York.
Loading...
or
Not Currently Available for Direct Purchase