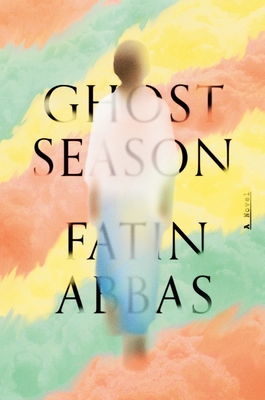 A dynamic, beautifully orchestrated debut novel connecting five characters caught in the crosshairs of conflict on the Sudanese border.

A mysterious burnt corpse appears one morning in Saraaya, a remote border town between northern and southern Sudan. For five strangers on an NGO compound, the discovery foreshadows trouble to come. South Sudanese translator William connects the corpse to the sudden disappearance of cook Layla, a northern nomad with whom he’s fallen in love. Meanwhile, Sudanese American filmmaker Dena struggles to connect to her unfamiliar homeland, and white midwestern aid worker Alex finds his plans thwarted by a changing climate and looming civil war. Dancing between the adults is Mustafa, a clever, endearing twelve-year-old, whose schemes to rise out of poverty set off cataclysmic events on the compound.

Amid the paradoxes of identity, art, humanitarian aid, and a territory riven by conflict, William, Layla, Dena, Alex, and Mustafa must forge bonds stronger than blood or identity. Weaving a sweeping history of the breakup of Sudan into the lives of these captivating characters, Fatin Abbas explores the porous and perilous nature of borders—whether they be national, ethnic, or religious—and the profound consequences for those who cross them. Ghost Season is a gripping, vivid debut that announces Abbas as a powerful new voice in fiction.


Praise For Ghost Season: A Novel…

Ghost Season travels that narrow road between austere and gut-wrenching, and does it with incomparable grace. From the first words of this gorgeous novel to the last, Fatin Abbas holds us spellbound, immersed in the lives and the world that unfold in its pages. Beyond the debris of war and displacement, she reminds us, rests something else that can never be truly extinguished: hope.

Utterly mesmerizing, and a brilliant depiction of the blurry psychological and physical borders that divide Sudan and South Sudan. An extremely promising and important first novel.
— Dave Eggers, author of The Every and What Is the What

Immersive and astonishing, Ghost Season brings alive with brilliant specificity the Sudanese border town of Saraaya, and an unforgettable cast of characters linked by circumstance and fate. Fatin Abbas is a remarkable writer, and this novel an extraordinary debut.

A triumph of storytelling: richly imagined, finely wrought and filled with such vivid, wondrous characters. I finished this book and immediately wanted to read it again. Abbas is a writer of prodigious powers.
— Novuyo Rosa Tshuma, author of House of Stone

Fatin Abbas received her MFA from Hunter College, where she was a recipient of the Bernard Cohen Short Story Prize and the Miriam Weinberg Richter Award. Her writing has appeared in Granta, Freeman’s, and the Nation. She lives in Berlin, Germany.
Loading...
or support indie stores by buying on