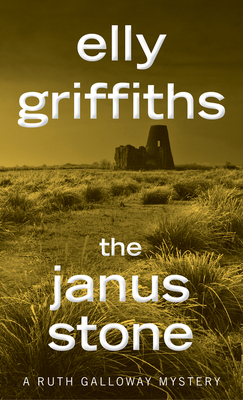 “Fans of character-driven suspense and atmospheric writing are sure to enjoy this new mystery series. Forensic anthropologist Ruth Galloway discovers ominous links to ancient sacrificial rites when a child's headless skeleton turns up in the foundation of an old house. Detective Chief Inspector Harry Nelson, the married father of Galloway's unborn child, becomes the investigating officer, and the murderer sees a chance for blackmail. I look forward to reading more in this series!”
— Carol Schneck, Schuler Books & Music, Okemos, MI
View the List

In this “chilling and entirely believable”* mystery, forensic archaeologist Ruth Galloway and DCI Harry Nelson investigate a set of remains buried in the foundations of an old country manor—but as soon as they get close to cracking the case, Ruth becomes the killer’s next target.
*Richmond Times‑Dispatch

When a child’s remains are found at a demolition site—a former children’s home in Norwich—forensic archaeologist Ruth Galloway is called in to examine the bones. She quickly notes that the skull is missing. Is this a Roman‑era ritual sacrifice, or is the killer closer at hand?

Ruth and DCI Nelson seek out the priest who served as the home’s operator. Father Hennessey reports that two children had gone missing there, about forty years earlier. They were never found. Is this one of them, finally unearthed? Or another child altogether? Ruth is drawn into the case, but soon it becomes clear that someone is trying very hard to put her off the trail by frightening her, and her unborn child, half to death.