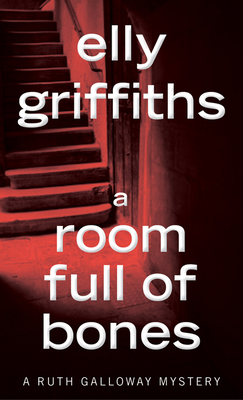 In this thrilling mystery, “brilliant, feisty, independent”* forensic archaeologist Ruth Galloway and DCI Harry Nelson investigate a seemingly cursed collection of Aboriginal skulls that are causing people to die from a mysterious fever—and the next person to fall ill is Nelson himself.
*Richmond Times‑Dispatch

When forensic archaeologist Ruth Galloway visits a museum to supervise the opening of a coffin containing a medieval bishop’s bones, she finds the curator lying dead on the floor. Soon after, the museum’s wealthy owner is also found dead, in his stables.

DCI Harry Nelson is called in to investigate, thrusting him into Ruth’s path once more. When threatening letters come to light, events take an even more sinister turn. But as Ruth’s friends become involved, where will her loyalties lie? As her convictions are tested, Ruth and Nelson must discover how Aboriginal skulls, drug smuggling, and the mystery of the “Dreaming” hold the answers to these deaths, as well as the keys to their own survival.


Praise For A Room Full of Bones (Ruth Galloway Mysteries)…

“Galloway is an everywoman, smart, successful and a little bit unsure of herself. Readers will look forward to learning more about her.” —USA Today

“Ruth Galloway is a remarkable, delightful character . . . A must-read for fans of crime and mystery fiction." —Associated Press

“Rich in atmosphere and history and blessed by [Griffith's] continuing development of brilliant, feisty, independent Ruth . . . A Room Full of Bones, like its predecessors, works its magic on the reader's imagination." —Richmond Times-Dispatch

“Lovers of well-written and intelligent traditional mysteries will welcome [Griffith's] fourth book . . . A Room Full of Bones is a clever blend of history and mystery with more than enough forensic details to attract the more attentive reader." —Denver Post