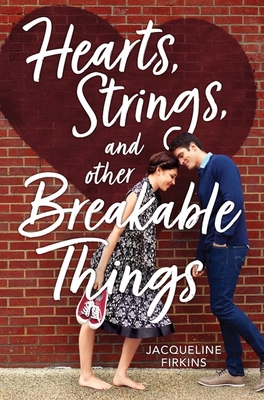 Hearts, Strings, and Other Breakable Things

In this charming debut about first love and second chances, a young girl gets caught between the boy next door and a playboy. Perfect for fans of To All The Boys I’ve Loved Before.

Mansfield, Massachusetts, is the last place seventeen-year-old Edie Price wants to spend her final summer before college. It’s the home of wealthy suburban mothers and prima donnas like Edie’s cousins, who are determined to distract her from her mother’s death with cute boys and Cinderella-style makeovers. She’s got her own plans, and they don’t include any prince charming.

But as she dives into schoolwork and getting a scholarship for college, Edie finds herself drawn to two Mansfield boys strumming for her attention: First, there’s Sebastian, Edie’s childhood friend and first love, who’s sweet and smart and . . . already has a girlfriend. Then there’s Henry, the local bad boy and all-around player who’s totally off limits—even if his kisses are chemically addictive.

Both boys are trouble. Edie can’t help herself from being caught between them. Now, she just has to make sure it isn’t her heart that breaks in the process.


Praise For Hearts, Strings, and Other Breakable Things…

"[This retelling of Mansfield Park] winningly upholds the spirit of its source material. A well-fleshed-out secondary cast keeps this debut fresh."—Booklist

"[Jane Austen] would no doubt approve of this retelling's dreamy romance and sly social commentary. A sweet, gentle modernization of Jane Austen that packs a little subversive punch."—Kirkus

"The author shows skill in accurately portraying the conflicting needs and desires of a girl turning into a woman, both sexually and intellectually." —School Library Journal

Jacqueline Firkins is a playwright, screenwriter, and comics artist who’s been creating worlds and characters as a set and costume designer for the past twenty years. She’s on the fulltime faculty at the University of British Columbia where she also takes any writing class they’ll let her into. When not writing, drawing, or sewing, she can be found running by the ocean, listening to earnest love songs, and pretending her dog understands every word she says.