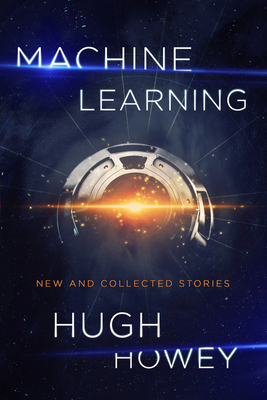 A new collection of stories, including some that have never before been seen, from the New York Times best-selling author of the Silo trilogy

Hugh Howey is known for crafting riveting and immersive page-turners of boundless imagination, spawning millions of fans worldwide, first with his best-selling novel Wool, and then with other enthralling works such as Sand and Beacon 23.
Now comes Machine Learning, an impressive collection of Howey’s science fiction and fantasy short fiction, including three stories set in the world of Wool, two never-before-published tales written exclusively for this volume, and fifteen additional stories collected here for the first time. These stories explore everything from artificial intelligence to parallel universes to video games, and each story is accompanied by an author’s note exploring the background and genesis of each story.
Howey’s incisive mind makes Machine Learning: New and Collected Stories a compulsively readable and thought-provoking selection of short works—from a modern master at the top of his game.

"Howey’s writing is taut and immersive, and his characters’ perspectives will fascinate, no matter how inhuman they are."--Publishers Weekly

"Each story is followed by insightful author's notes. A thoroughly engaging collection with a dark sense of humor but its finger always on the pulse of genuine human concerns."--Kirkus