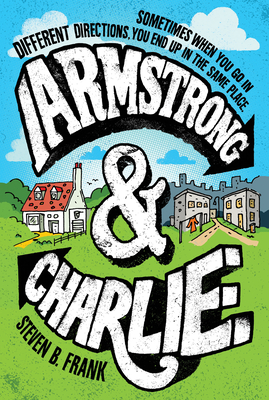 During the pilot year of a Los Angeles school system integration program,  Armstrong and Charlie learn to cope with everything from first crushes and playground politics to the loss of loved ones and racial prejudice in the 1970s.

Set in Los Angeles in the 1970s, Armstrong and Charlie is the hilarious, heartwarming tale of two boys from opposite worlds. Different, yet the same.

Praise For Armstrong and Charlie…

"...will have readers cheering."
–Bulletin

"This uplifting and touching exploration of friendship, with a vivid setting, is a solid addition to most middle school libraries."
–School Library Journal

Armstrong and Charlie is one of those distinctly American books that speaks to us of who we are.  It warns us of those forces that divide us, and celebrates the strength of those who can overcome them.  Armstrong and Charlie are real kids, and their friendship is a real friendship, and their conflicts are real, and their courageous solutions are real as well.  This novel is an exultation of hope--and a dang good story to boot.  – Gary Schmidt, Newbery Honor-winning author of The Wednesday Wars and Okay for Now