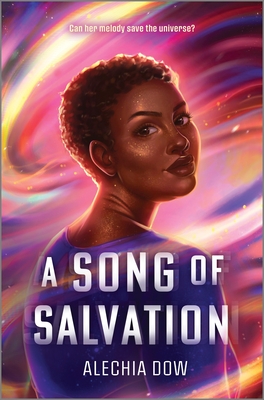 A Song of Salvation

From the author of The Sound of Stars and The Kindred comes a YA space opera about a reincarnated god and a grumpy pilot on a mission to save a beloved space DJ and stop an intergalactic war.

Zaira Citlali is supposed to die. After all, she's the god Indigo reborn. Indigo, whose song created the universe and unified people across galaxies to banish Ozvios, the god of destruction. Although Zaira has never been able to harness Indigo's powers, the Ilori Emperor wants to sacrifice her in Ozvios's honor. Unless she escapes and finds Wesley, the boy prophesized to help her defeat Ozvios and the Ilori, once and for all.

Wesley Daniels didn't ask for this. He just wants to work as a smuggler so he can save enough money to explore the stars. Once he completes his biggest job yet--bringing wanted celebrity Rubin Rima to a strange planet called Earth--he'll be set for life. But when his path crosses with Zaira, he soon finds himself in the middle of an intergalactic war with more responsibility than he bargained for.

Together, Zaira, Wesley, and Rubin must find their way to Earth and unlock Zaira's powers if they're going to have any hope of saving the universe from total destruction.

Don't miss these reads from Alechia Dow:
The Sound of Stars
The Kindred