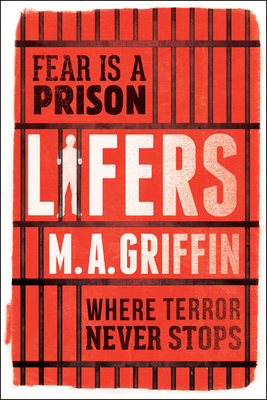 For fans of James Dashner and Scott Westerfeld, a riveting sci-fi thriller about a boy in the not-so-distant future who stumbles upon a secret prison for teens underneath his city.Fear haunts the streets of Preston's city: a girl has disappeared. Preston is drawn to investigate, exploring the city in the hunt for his missing friend. And deep in the bowels of a secret scientific institute, he discovers a sinister machine used to banish teenage criminals for their offenses.Captured and condemned to a cavernous dimension, Preston is determined to escape. But this is no ordinary jail. Friendships will be forged and lives will be lost in a reckless battle for freedom, revenge--and revolution. Set in a world all too similar to our own, Lifers is thrilling, pulse-pounding storytelling of the highest degree.

M. A. Griffin studied English literature at the University of Manchester. His first novel, The Poison Boy, was written under the name Fletcher Moss and won the 2012 Times/Chicken House Children's Fiction Competition. He lives in Manchester, England.
Loading...
or support indie stores by buying on