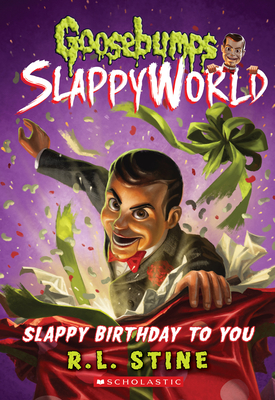 Slappy Birthday to You (Goosebumps SlappyWorld #1)

A brand new Goosebumps arc narrated by the most iconic and evil character of the series, Slappy!The evil dummy comes to life to tell his own twisted tales and scary stories!It's bad enough Ian Barker has to spend his twelfth birthday with his sister and their two annoying cousins. The four of them can't ever hang out without getting into trouble. Vinnie and Jonny always want to play with Ian's stuff. They take extra turns and break everything they touch. Even Ian's new birthday presents are up for grabs. But when Ian gets a Slappy dummy from his dad, things go from bad to worse. When Slappy's in charge, you don't fight over him, he fights over you!