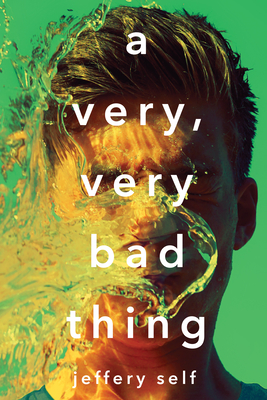 From the author of Drag Teen, a startling novel about the complexities of identity -- and of truth.Marley is one of the only gay kids in his North Carolina town -- and he feels like he might as well be one of the only gay kids in the universe. Or at least that's true until Christopher shows up in the halls of his high school. Christopher's great to talk to, great to look at, great to be with-and he seems to feel the same way about Marley. It's almost too good to be true.There's a hitch (of course): Christopher's parents are super conservative, and super not okay with him being gay. That doesn't stop Marley and Christopher from falling in love. Marley is determined to be with Christopher through ups and downs-until an insurmountable down is thrown their way. Suddenly, Marley finds himself lying in order to get to the truth-and seeing the suffocating consequences this can bring. In A Very, Very Bad Thing, Jeffery Self unforgettably shows how love can make us do all the wrong things for all the right reasons-especially if we see them as the only way to make love survive.

Jeffery Self is a writer, actor, and vlogger. If his face is familiar, it may be because he’s appeared in numerous films and television shows, including 30 Rock, Desperate Housewives, and 90210. Or you're one of the millions of people who've viewed him on YouTube. Or you used to date him, or sit behind him in bio class. Drag Teen was his first YA novel.
For more about Jeffery, check him out on Twitter at @JefferySelf and online at jefferyself.tumblr.com and www.youtube.com/user/JefferySelf.
Loading...
or
Not Currently Available for Direct Purchase