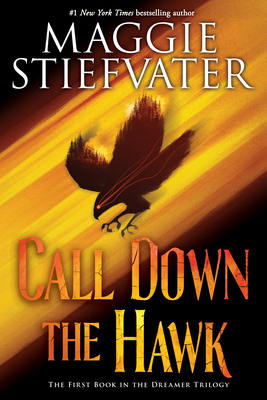 Call Down the Hawk (The Dreamer Trilogy, Book 1)

The dreamers walk among us . . . and so do the dreamed. Those who dream cannot stop dreaming -- they can only try to control it. Those who are dreamed cannot have their own lives -- they will sleep forever if their dreamers die.

And then there are those who are drawn to the dreamers. To use them. To trap them. To kill them before their dreams destroy us all.

Carmen Farooq-Lane is a hunter. Her brother was a dreamer . . . and a killer. She has seen what dreaming can do to a person. And she has seen the damage that dreamers can do. But that is nothing compared to the destruction that is about to be unleashed . . .


Praise For Call Down the Hawk (The Dreamer Trilogy, Book 1)…

* "We have not yet finished loving these characters and exploring their world." -- The Bulletin of the Center for Children's Books, starred review

Praise for The Dream Thieves:

* "Mind-blowingly spectacular . . . Stiefvater's careful exploration of class and wealth and their limitations and opportunities astounds with its sensitivity and sophistication. The pace is electric, the prose marvelously sure-footed and strong, but it's the complicated characters... that meld magic and reality into an engrossing, believable whole." -- Kirkus Reviews, starred review

* "A complex web of magical intrigue and heartstopping action." -- The Bulletin of the Center for Children's Books, starred review

* "The Raven Boys is an incredibly rich and unique tale, a supernatural thriller of a different flavor . . . Fans have been salivating for Stiefvater's next release and The Raven Boys delivers." -- School Library Journal, starred review