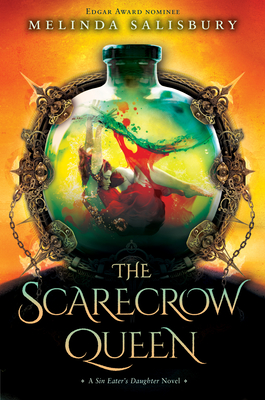 The stunning conclusion to Edgar Award nominee Melinda Salisbury's internationally bestselling The Sin Eater's Daughter trilogyThe rebellion is in peril. The dangerous Sleeping Prince, once thought to be nothing more than a fairy tale, has awoken from his enchanted sleep and is set on vengeance. As he tightens his hold on the kingdoms of Lormere and Tregellan, the net closes in on the ragged band of rebels desperately trying to defeat him. After surviving their harrowing journey, Twylla and Errin are separated, leaving them isolated, and running out of time. The final battle is coming, and Aurek will stop at nothing to keep the throne . . . forever. Explosive, rich, and darkly addictive, The Scarecrow Queen will lure you into a startlingly-original magical world you'll never want to leave.

Melinda Salisbury was born in the 1980s in a landlocked city, before escaping to live by the sea. As a child, she genuinely thought Roald Dahl's Matilda was her biography. When she's not trying to unlock the hidden avenues of her mind, she's reading, writing, or traveling. She lives in the UK and can be found on Twitter as @AHintofMystery, though be warned she tweets often.
Loading...
or support indie stores by buying on