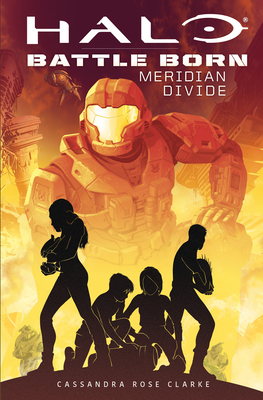 The war rages on in the next installment of the first-ever official YA series based on the megahit Halo video games!It's been three months since the colony world of Meridian was invaded by the alien alliance known as the Covenant. Under the close watch of the military, Evie, Dorian, Saskia, and Victor have been put into an accelerated training program with ONI, the Office of Naval Intelligence. And to the teens' surprise, ONI has a mission for them: Return to their hometown on Meridian and monitor the Covenant's efforts to retrieve an ancient Forerunner artifact of untold power. But what seems like a simple job quickly spirals out of their control. With the artifact at risk of falling into Covenant hands, the stakes are raised, and ONI tasks the teens and their team of militia fighters with extracting the artifact for study. After a series of missteps with command costs the militia more than half their fighting forces, the teens take matters into their own hands. Their journey will take them far behind enemy lines, into the heart of the war zones on Meridian.Don't miss this official, original young adult novel, the sequel to Halo: Battle Born!

"Full of twists and turns. . . Readers who enjoy guns-blazing action will fly through this book." -Kirkus Reviews

"Full of twists and turns. . . Readers who enjoy guns-blazing action will fly through this book." -Kirkus Reviews

Cassandra Rose Clarke's work has been nominated for the Philip K. Dick Award, the Romantic Times Reviewer's Choice Award, the Pushcart Prize, and YALSA's Best Fiction for Young Adults. She grew up in south Texas and currently lives in a suburb of Houston, where she writes and serves as the associate director for Writespace, a literary arts nonprofit. She holds an MA in creative writing from the University of Texas at Austin, and in 2010 she attended the Clarion West Writer's Workshop in Seattle. Her latest novel is Star's End, out now from Saga Press.
Loading...
or support indie stores by buying on