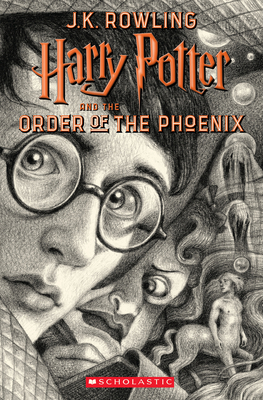 A special new edition in celebration of the 20th anniversary of the publication of Harry Potter and the Sorcerer's Stone, with a stunning new cover illustration by Caldecott Medalist Brian Selznick. There is a door at the end of a silent corridor. And it's haunting Harry Potter's dreams. Why else would he be waking in the middle of the night, screaming in terror?It's not just the upcoming O.W.L. exams; a new teacher with a personality like poisoned honey; a venomous, disgruntled house-elf; or even the growing threat of He-Who-Must-Not-Be-Named. Now Harry Potter is faced with the unreliability of the very government of the magical world and the impotence of the authorities at Hogwarts.Despite this (or perhaps because of it), he finds depth and strength in his friends, beyond what even he knew; boundless loyalty; and unbearable sacrifice.