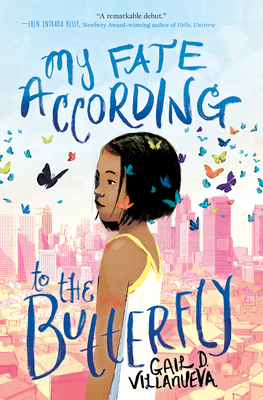 My Fate According to the Butterfly

"A gentle title that skillfully addresses difficult issues of drug addiction and family tension from the perspective of a young girl." -- School Library Journal

Gail D. Villanueva is a Filipina author born and based in the Philippines. She's also a web designer, an entrepreneur, and a graphic artist. She loves pineapple pizza, seafood, and chocolate, but not in a single dish together (eww). Gail and her husband live in the outskirts of Manila with their dogs, ducks, turtles, cats, and one friendly but lonesome chicken. Her debut novel My Fate According to the Butterfly was named a Best Book of the Year by Kirkus Reviews.
or support indie stores by buying on