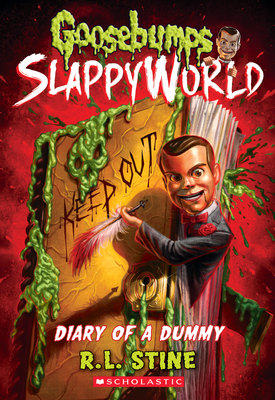 Diary of a Dummy (Goosebumps SlappyWorld #10)

Reading someone's diary is bad but Slappy is already evil, so how could anyone resist finding out all of this dummy's terrifying secrets?

What do Zoey and Billy Traister do when they find an abandoned ventriloquist dummy in an empty lot? They take him home, of course! As the pair tries to figure out why someone would throw out a perfectly good dummy, they accidentally bring Slappy to life. A night of horror ensues until the siblings put Slappy back into his case. But when they find Slappy's diary and clues that could lead to gold, they'll have to find Slappy's second diary while evading the evil dummy and other terrors.