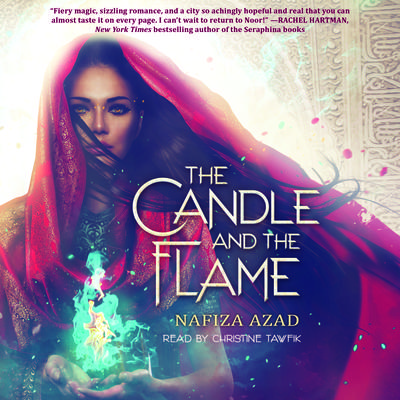 The Candle and the Flame (Digital Audiobook)

Azad's debut YA fantasy is set in a city along the Silk Road that is a refuge for those of all faiths, where a young woman is threatened by the war between two clans of powerful djinn.


Fatima lives in the city of Noor, a thriving stop along the Silk Road. There the music of myriad languages fills the air, and people of all faiths weave their lives together. However, the city bears scars of its recent past, when the chaotic tribe of Shayateen djinn slaughtered its entire population -- except for Fatima and two other humans. Now ruled by a new maharajah, Noor is protected from the Shayateen by the Ifrit, djinn of order and reason, and by their commander, Zulfikar.