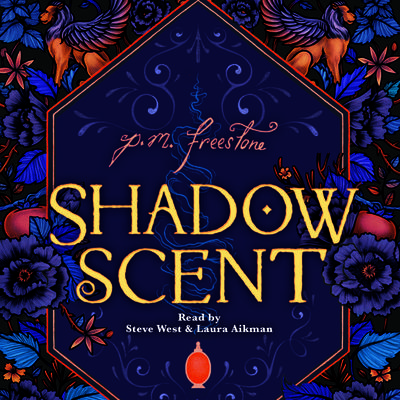 An Ember in the Ashes meets Indiana Jones in an electrifying, steal-your-breath away, supercharge-your-senses YA fantasy adventure.


Across the Aramtesh Empire, scent is everything. Prayers only reach heaven on sacred incense, and perfumes are prized status symbols. 17-year-old Rahil has an uncanny ability with fragrances, but her skills aren't enough to buy her dying father more time.

Ash bears the tattoos of an imperial bodyguard. When his prince, Nisai, insists on a diplomatic mission to an outer province, Ash is duty-bound to join the caravan. It's a nightmare protecting Nisai on the road. But it's even harder for Ash to conceal a secret that could see him exiled or executed.

Rahil and Ash have nothing in common until smoke draws them to a plantation of the Empire's rarest flower. Nisai's been poisoned, flames devour the priceless blooms, and the pair have "suspect" clinging to them like a bad stench. Their futures depend on them working together to decipher clues, defy dangers and defeat their own demons in a race to source an antidote . . . before the imperial army hunts them down.