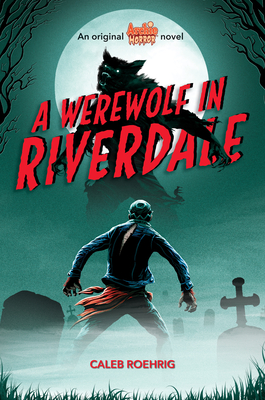 Who is the Riverdale Ripper? And why is Jughead waking up covered in blood?Based on the original Archie Comics characters!Everyone knows the characters from Riverdale: popular Archie Andrews, girl-next-door Betty Cooper, angsty Jughead Jones, and the sophisticated Veronica Lodge. But this is not the Riverdale you know and love. Something twisted has awoken in the town with pep. Inspired by the iconic Archie Horror comics, this reimagined universe takes the grittiness of the TV show and adds a paranormal twist.Someone is killing the citizens of Riverdale. And after a bloody full moon, Jughead realizes he is the killer! Jughead is a werewolf. Can he keep this secret from his friends -- including werewolf-hunting Betty Cooper? Jughead has to get his dark side under control -- before it is controlling him.The Archie Horror series contains all-new, original stories that fans of horror AND fans of Riverdale will eat up!

Caleb Roehrig is an author of young adult thrillers, including Last Seen Leaving, White Rabbit, and Death Prefers Blondes. A native of Ann Arbor, Michigan, he has also lived in Chicago, Los Angeles, and Helsinki, Finland. As a former actor and television producer, Roehrig has experience on both sides of the camera, with a résumé that includes appearances on film and TV -- not to mention seven years in the stranger-than-fiction salt mines of reality television. In the name of earning a paycheck, he has: hung around a frozen cornfield in his underwear, partied with an actual rock star, chatted with a scandal-plagued politician, and been menaced by a disgruntled ostrich.
Loading...
or support indie stores by buying on