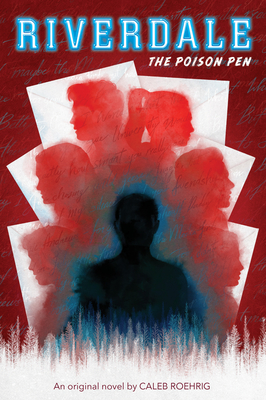 The Poison Pen knows all your secrets...Archie, Betty, Jughead, Veronica, and the rest of the gang are all getting ready for the next stage of their lives after high school graduationor, at least, they're trying to. But then, one by one, they all receive a mysterious letter from someone calling themselves the Poison Pen.Somehow, the letter writer knows some of Riverdale's deepest, darkest secrets. And the Poison Pen is threatening to reveal all unless Archie and his friends do exactly what they're toldfrom posting embarrassing videos of themselves to blowing up someone else's marriage.The letters aren't stopping and the stakes are getting higher with each one. If they can't find the Poison Pen soon, Betty, Jughead, Veronica, Archie, Kevin, Cheryl, and Toni might not have a future left to protect.This original Riverdale novel features a story not seen on the show!

Caleb Roehrig is an author of young adult thrillers, including Last Seen Leaving, White Rabbit, and Death Prefers Blondes. A native of Ann Arbor, Michigan, he has also lived in Chicago, Los Angeles, and Helsinki, Finland. As a former actor and television producer, Roehrig has experience on both sides of the camera, with a résumé that includes appearances on film and TV -- not to mention seven years in the stranger-than-fiction salt mines of reality television. In the name of earning a paycheck, he has: hung around a frozen cornfield in his underwear, partied with an actual rock star, chatted with a scandal-plagued politician, and been menaced by a disgruntled ostrich.
Loading...
or support indie stores by buying on