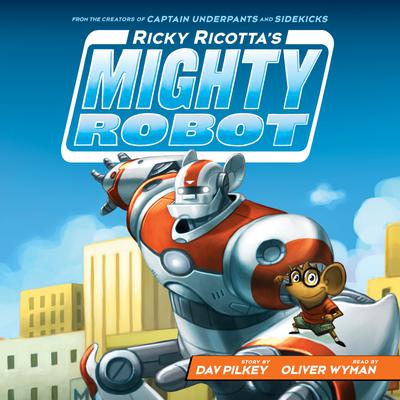 Meet Ricky Ricotta, a little mouse with a big problem!
Ricky Ricotta lives in Squeakyville with his mom and dad. Ricky has a hard time making friends at school, and the neighborhood
bullies are always picking on him. If only Ricky could find someone to be his best buddy and keep those creepy bullies away!
Meanwhile, on the other side of town, a mad scientist named Dr. Stinky McNasty has created a Mighty Robot who is as gentle as
he is powerful. Dr. Stinky plans to make the Robot destroy Squeakyville, but there's one little thing in his way: Ricky Ricotta! When
Ricky rescues the Robot, an unlikely friendship begins. And Ricky discovers that a little mouse can be a BIG hero -- with some
help from his new best friend!