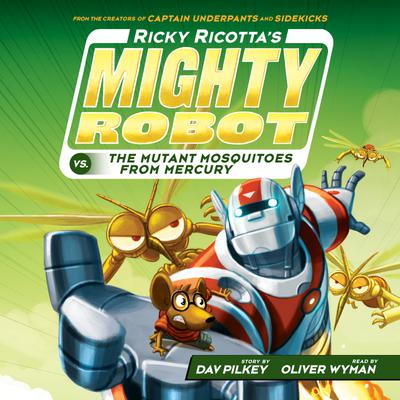 Ricky Ricotta may be small, but he has the biggest best friend around!

There's nothing better than being buddies with a giant flying Robot. Ricky's Mighty Robot always gets him to school on time, keeps bullies away, and even helps out with homework. These two friends do everything together!

When Mr. Mosquito, a meanie from the planet Mercury, invades Earth with his Mutant Mosquitoes, Ricky and his Robot rush to the rescue. But with the Mighty Robot in deep danger, Ricky will have to be brave on his own to save the day!