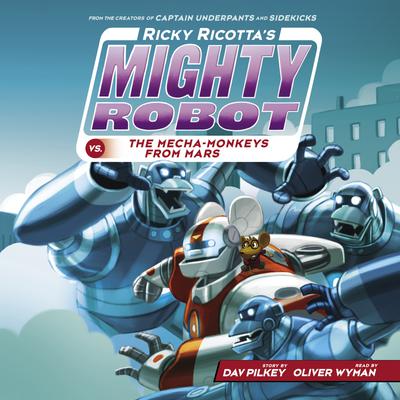 From Dav Pilkey, creator of Captain Underpants, a thrilling friendship adventure series now available in audio for the first time!Best friends always stick together -- especially when they are in trouble!Ricky Ricotta and his Mighty Robot always watch out for each other -- that's what friends are for! This time, they've managed tomangle the Ricotta family's minivan. Somehow they have to find a way to make up for their mistake.When a mean little Martian named Major Monkey invades Earth, Ricky and his Robot race to save the day once more. But MajorMonkey has a plan to get rid of Ricky's Robot so that no one will be able to stop him! Now it's up to Ricky to rescue his friend andkeep Major Monkey from menacing mousekind!