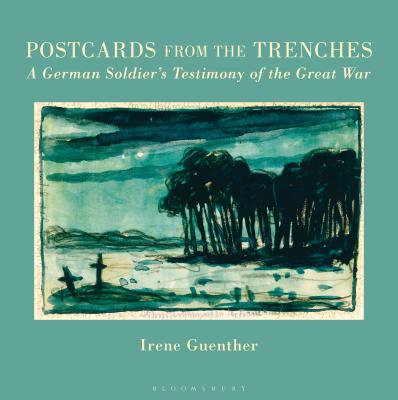 Postcards from the Trenches (Hardcover)

A German Soldier's Testimony of the Great War

German art student Otto Schubert was 22 years old when he was drafted into the Great War. As the conflict unfolded, he painted a series of postcards that he sent to his sweetheart, Irma. During the battles of Ypres and Verdun, Schubert filled dozens of military-issued 4" x 6" cards with vivid images depicting the daily realities and tragedies of war.

Beautifully illustrated with full-color reproductions of his exquisite postcards, as well as his wartime sketches, woodcuts, and two lithograph portfolios, Postcards from the Trenches is Schubert's war diary, love journal, and life story. His powerful artworks illuminate and document in a visual language the truths of war.

Postcards from the Trenches offers the first full account of Otto Schubert, soldier-artist of the Great War, rising art star in the 1920s, prolific graphic artist and book illustrator, one of the "degenerate" artists defamed by the Nazis, and a man shattered by the Second World War and the Cold War.

Created in the midst of enormous devastation, Schubert's haunting visual missives are as powerful and relevant today as they were a century ago. His postcards are both a young man's token of love and longing and a soldier's testimony of the Great War.

Irene Guenther is Instructional Professor of 20th-century European and American History at The Honors College, University of Houston, USA and recipient of the University of Houston's Provost Teaching Excellence Award and The Honors College Student Board's Distinguished Teaching Award. She is also the author of Nazi "Chic"? Fashioning Women in the Third Reich.
or support indie stores by buying on
Copyright © 2020 American Booksellers Association