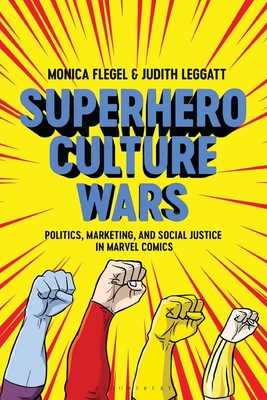 The reactionary Comicsgate campaign against alleged "forced" diversity in superhero comics revealed the extent to which comics have become a key battleground in America's Culture Wars. In the first in-depth scholarly study of Marvel Comics' most recent engagement with progressive politics, Superhero Culture Wars explores how the drive towards greater diversity among its characters and creators has interacted with the company's commercial marketing and its traditional fan base.

Superhero Culture Wars
demonstrates how the marketing of Marvel comics as politically progressive has both indelibly shaped its in-world universe and characters, and led to conflicts between its corporate interests, its creators, and it audience.

Judith Leggatt and Monica Flegel are Associate Professors of English at Lakehead University, Canada.
Loading...
or
Not Currently Available for Direct Purchase