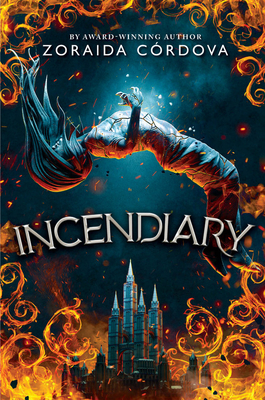 Set in a lushly drawn world inspired by Inquisition Spain, Zoraida Córdova's fantasy is an epic tale of love and revenge perfect for fans of Sabaa Tahir and Sarah J. Maas.
As a memory thief– the rarest and most feared of the magical Moria– Renata was used by the crown to carry out the King's Wrath, a siege that resulted in the deaths of thousands of her own people.   Now Renata is one of the Whispers, rebel spies working against the crown. The Whispers may have rescued Renata years ago, but she cannot escape their mistrust and hatred—or the overpowering memories of the hundreds of souls she drained during her time in the palace.   When Dez, the commander of her unit—and the boy she's grown to love—is taken captive by the notorious Principe Dorado, Renata must return to Andalucia and complete Dez's top secret mission herself. But as Renata grows more deeply embedded in the politics of the royal court, she uncovers a secret in her past that could change the fate of the entire kingdom—and end the war that has cost her everything.

Zoraida Córdova continues to be la reina of epic adventures. Incendiary flips the Spanish Inquisition with much-needed magic, a lush world, and heart-stopping intrigue.—Lilliam Rivera, author of Dealing in Dreams

Gorgeous worldbuilding, searing suspense, and a huge cast of fascinating, complex characters make Incendiary an irresistible read. From the very first page, the indomitable Renata Convida's quest for vengeance and justice had me in its teeth.—Claire Legrand, New York Times bestselling author of Furyborn

A brilliant novel full of memory and magic, love and vengeance.—Kat Howard, Alex Award-winning author of An Unkindness of Magicians

An intense and vivid story of revolution, violence, love, and the desperate struggle to make the world better one impossible choice at a time. Renata Convida is a rebel after my own heart.—Tessa Gratton, author of The Queens of Innis Lear

This is a work of incredible pacing...will be an easy sell to fans of Legrand's Kingsbane or Cashore's Graceling.—Bulletin

A high-stakes tale of palace intrigue and deception.—Shelf Awareness

Zoraida Córdova is the author of many young adult fantasy novels including Incendiary, Star Wars: A Crash of Fate, the Brooklyn Brujas series, and The Vicious Deep trilogy. Her novel Labyrinth Lost won the International Book Award for Best Young Adult Novel in 2017. Her short fiction has appeared in the New York Times bestselling anthology Star Wars: From a Certain Point of View, Toil & Trouble: 15 Tales of Women and Witchcraft, and Come on In. She is the co-editor of the anthology Vampires Never Get Old. Zoraida was born in Ecuador and raised in Queens, New York. When she isn't working on her next novel, she's planning a new adventure.
Loading...
or
Not Currently Available for Direct Purchase