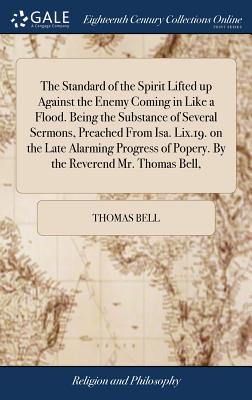 The Standard of the Spirit Lifted Up Against the Enemy Coming in Like a Flood. Being the Substance of Several Sermons, Preached from Isa. LIX.19. on t

Pagination irregular, text appears complete. Half-title: 'The standard of the spirit displayed against the enemy coming in like a flood.'.