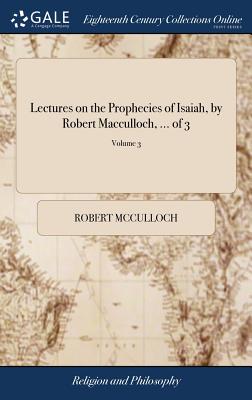 Lectures on the Prophecies of Isaiah, by Robert Macculloch, ... of 3; Volume 3 (Hardcover)

With the text in the Authorised version. Vol.1 was published complete in itself in 1791. A fourth vol. was published in 1804. Imprint to vol.III: Edinburgh: printed by Thomas and John Turnbull; sold by W. Laing, J. Fairbairn, Ogle & Aikman, and A. Cons