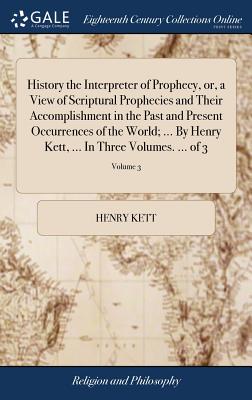 History the Interpreter of Prophecy, Or, a View of Scriptural Prophecies and Their Accomplishment in the Past and Present Occurrences of the World; ..