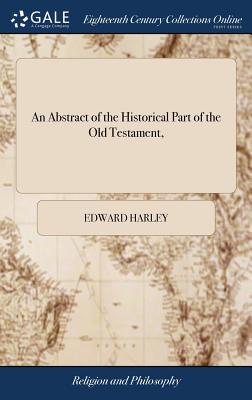 An Abstract of the Historical Part of the Old Testament,

Introduction signed: E. Harley. The final leaf contains errata. Reissued in 1735, with the author's name on the titlepage.