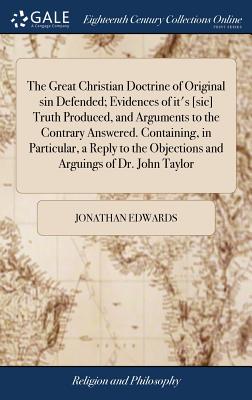 The Great Christian Doctrine of Original Sin Defended; Evidences of It's [sic] Truth Produced, and Arguments to the Contrary Answered. Containing, in