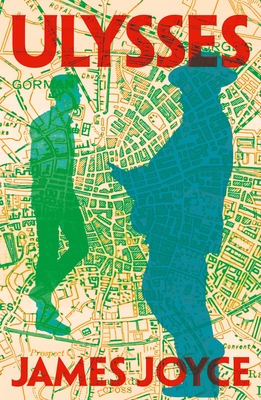 Ulysses is a literary tour-de-force by one of Ireland's greatest ever writers. This hardcover collector's edition presents the unabridged text with a dust jacket and striking cover design.

This stunning experimental novel tells the tale of a single day in the lives of Leopold Bloom and Stephen Dedalus - 16 June 1904. Through these characters, he paints a portrait of society in early 20th century Dublin.

James Joyce draws heavily on Homer's epic poem, The Odyssey, creating parallels between Bloom and Ulysses (Odysseus), Molly Bloom and Penelope (Ulysses' wife) and Stephen Daedalus and Telemarchus. Controversial when it was first released, Ulysses is now known as one of the most important works of modernist literature ever written. Eloquently written, extraordinarily ambitious and filled with literary allusions, Joyce's novel rightly deserves its place atop the pantheon of modern literature.

James Joyce (1882-1941) from Dublin, Ireland, is widely regarded as one of the greatest and most influential writers of the 20th century. His stylistic innovations including stream-of-consciousness narratives, interior-monologues and word play made significant contributions to the modernist avant-garde movement of the early 20th century. He literary works include Ulysses, A Portrait of the Artist as a Young Man, Finnegans Wake, Dubliners and the play Exiles.
Loading...
or support indie stores by buying on