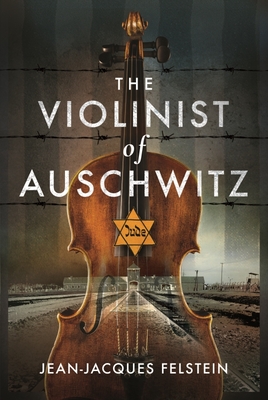 The Violinist of Auschwitz

Arrested in 1943 and deported to Auschwitz, Elsa survived because she had the 'opportunity' to join the women's orchestra. But Elsa kept her story a secret, even from her own family. Indeed, her son would only discover what had happened to his mother many years later, after gradually unearthing her unbelievable story following her premature death, without ever having revealed her secret to anyone.

Jean-Jacques Felstein was determined to reconstruct Elsa's life in Birkenau, and would go in search of other orchestra survivors in Germany, Belgium, Poland, Israel, and the United States. The recollections of H l ne, first violin, Violette, third violin, Anita, a cellist, and other musicians, allowed him to rediscover his 20-year-old mother, lost in the heart of hell.

The story unfolds in two intersecting stages: one, contemporary, is that of the investigation, the other is that of Auschwitz and its unimaginable daily life, as told by the musicians. They describe the recitals on which their very survival depended, the incessant rehearsals, the departure in the mornings for the forced labourers to the rhythm of the instruments, the Sunday concerts, and how Mengele pointed out the pieces in the repertoire he wished to listen to in between 'selections'.

In this remarkable book, Jean-Jacques Felstein follows in his mother's footsteps and by telling her story, attempts to free her, and himself, from the pain that had been hidden in their family for so long.