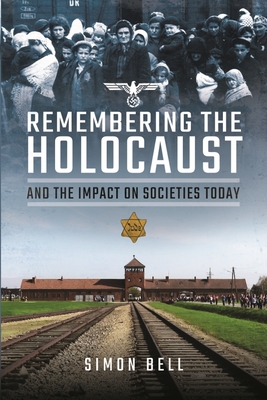 Remembering the Holocaust and the Impact on Societies Today

The Holocaust is the most researched and written about genocide in history. Known facts should be beyond dispute. Yet Holocaust memory is often formed and dictated by governments and others with an agenda to fulfil, or by deniers who seek to rewrite the past due to vested interests and avowed prejudices. Legislation can be used to prosecute hate crime and genocide denial, but it has also been created to protect the reputation of nation states and the inhabitants of countries previously occupied and oppressed by the regime of Nazi Germany.

The crimes of the Holocaust are, of course, rightly seen mainly as the work of the Nazi regime, but there is a reality that some citizens of subjugated lands participated in, colluded and collaborated with those crimes, and on occasion committed crimes and atrocities against Jews independently of the Nazis. Others facilitated and enabled the Nazis by allowing industries to work with the Germans; some showed hostility, indifference and reluctance to assist Jewish refugees, or, due to antipathy, apathy, greed, self-interest or out-and-out anti-Semitism they allowed or even encouraged barbaric and cruel crimes to take place.

Survivors of the Holocaust often express a primary desire that lessons of the past must be learned in order to reduce the risk of similar crimes reoccurring. Yet anti-Semitism is still a toxin in the modern world, and racism and hostility to other communities - including those who suffer in or have fled war and oppression - can at times appear normalised and socially acceptable. This book seeks to explore aspects of the Holocaust as it is remembered and reflect ultimately on parallels with the world we live in today.