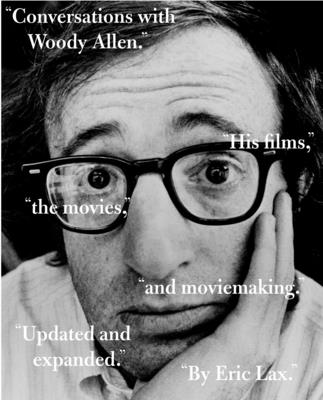 His Films, the Movies, and Moviemaking

In discussions that begin in 1971 and end in 2009, Allen talks about every facet of moviemaking through the prism of his own work as well as the larger world of film, and in so doing reveals an artist’s development over the course of his career. He speaks about his influences and about the genesis of his ideas; about writing, casting, acting, shooting, directing, editing, and scoring—and throughout shows himself to be thoughtful, honest, self-deprecating, always witty, and often hilarious.

Praise For Conversations with Woody Allen: His Films, the Movies, and Moviemaking…

“Fascinating . . . Readers will find a trove of Woody-on-Woody insight [and] something interesting on nearly every page.” —Baltimore Sun

“Remarkable . . . Fresh with an immediacy often missing in a retrospective.” —Raleigh News & Observer

“You feel that you are in the same room, listening to someone asking intelligent, informed questions and hearing the subject giving intelligent, relaxed answers . . . An entertaining book.”
—The Washington Times

Eric Lax is also the author of Woody Allen: A Biography and coauthor (with A. M. Sperber) of Bogart. His writing has appeared in The Atlantic Monthly, The New York Times, Vanity Fair, Esquire, and the Los Angeles Times. He is an officer of International PEN and lives in Los Angeles.
Loading...
or
Not Currently Available for Direct Purchase