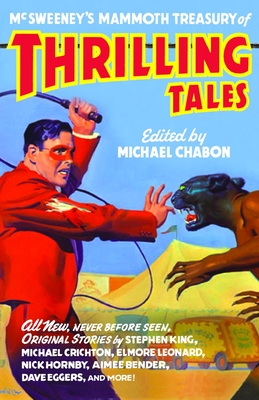 Glen David Gold's "The Tears of Squonk, and What Happened Thereafter"

Dave Eggers's "Up the Mountain Coming Down Slowly"

Michael Moorcock's "The Case of the Nazi Canary"

Aimee Bender's "The Case of the Salt and Pepper Shakers"

Harlan Ellison's "Goodbye to All That"

Michael Chabon's works of fiction include The Mysteries of Pittsburgh, A Model World, Wonder Boys, and Were-wolves in Their Youth. His work has appeared in The New Yorker, Harper's, Esquire, and Playboy and in a number of anthologies, among them Prize Stories 1999: The O. Henry Awards. He lives in Berkeley, California, with his wife, Ayelet Waldman, also a novelist, and their children.
Loading...
or
Not Currently Available for Direct Purchase