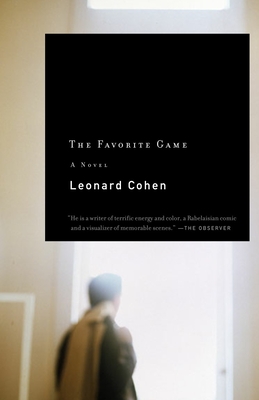 In this unforgettable novel, Leonard Cohen boldly etches the youth and early manhood of Lawrence Breavman, only son of an old Jewish family in Montreal.

Life for Breavman is made up of dazzling colour—a series of motion pictures fed through a high-speed projector: the half-understood death of his father; the adult games of love and war, with their infinite capacity for fantasy and cruelty; his secret experiments with hypnotism; the night-long adventures with Krantz, his beloved comrade and confidant. Later, achieving literary fame as a college student, Breavman does penance through manual labour, but ultimately flees to New York. And although he has loved the bodies of many women, it is only when he meets Shell, whom he awakens to her own beauty, that he discovers the totality of love and its demands, and comes to terms with the sacrifices he must make.

"He is a writer of terrific energy and color, a Rabelaisian comic and a visualizer of memorable scenes." --The Observer

“Is there any Canadian novel as compelling and as good as at capturing youthful anxieties as J. D. Salinger’s Catcher in the Rye? Absolutely. . . . Leonard Cohen’s first novel, The Favorite Game.” –Globe & Mail

“The Favorite Game is a morally brave book, intimate and unflinching. . . . Leonard Cohen sustains the highest level of poetic craftsmanship throughout.” –Paul Quarrington

“It is the kind of book that becomes a law unto itself, simply because there is nothing with which to compare it.” –Calgary Albertan

Leonard Cohen’s artistic career began in 1956 with the publication of his first book of poetry, Let Us Compare Mythologies. He has published two novels, The Favourite Game and Beautiful Losers, and eleven books of poetry, most recently Stranger Music: Selected Poems and Songs, Book of Longing,and Leonard Cohen: Poems and Songs. He has to date released fourteen studio albums, the most recent of which, You Want It Darker, was released in 2016. Cohen was inducted into the Rock and Roll Hall of Fame in 2008, received a Grammy Lifetime Achievement Award in 2010, and was awarded the Glenn Gould Prize in 2011. Mr. Cohen died in 2016.