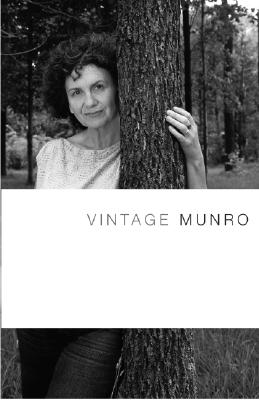 Vintage Readers are a perfect introduction to some of the greatest modern writers presented in attractive, accessible paperback editions.

“In Munro’s hands, as in Chekhov’s, a short story is more than big enough to hold the world—and to astonish us again and again.” —Chicago Tribune


In an unbroken procession of brilliant, revelatory short stories, Alice Munro has unfolded the wordless secrets that lie at the heart of all human experience. She has won three Governor General’s Literary Awards in her native Canada, as well as the National Book Critics Circle Award.

Vintage Munro includes stories from throughout her career: The title stories from her collections The Moons of Jupiter; The Progress of Love; Hateship, Friendship, Courtship, Loveship, Marriage; “Differently,” from Selected Stories, and “Carried Away,” from Open Secrets.

Alice Munro grew up in Wingham, Ontario, and attended the University of Western Ontario. She has published thirteen collections of stories as well as a novel, "Lives of Girls and Women, "and two volumes of "Selected Stories." During her distinguished career she has been the recipient of many awards and prizes, including three of Canada's Governor General's Literary Awards and two of its Giller Prizes, the Rea Award for the Short Story, the Lannan Literary Award, England's W. H. Smith Book Award, the National Book Critics Circle Award, and the Man Booker International Prize. In 2013 she was awarded the Nobel Prize for Literature. Her stories have appeared in "The New Yorker, The Atlantic Monthly, The Paris Review, Granta, "and other publications, and her collections have been translated into thirteen languages. She lives in Clinton, Ontario, near Lake Huron.
Loading...
or
Not Currently Available for Direct Purchase