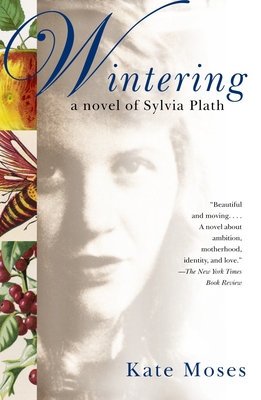 This engrossing début novel depicts Sylvia Plath’s feverish artistic process in the bitter aftermath of her failed marriage to Ted Hughes—the few excruciating yet astoundingly productive weeks in which she wrote Ariel, her defining last collection of poems.

In December 1962, shortly before her suicide, Plath moved with her two children to London from the Hughes’s home in Devon. Focusing on the weeks after their arrival, but weaving back through the years of Plath’s marriage, Kate Moses imagines the poet juggling the demands of motherhood and muse, shielding her life from her own mother, and by turns cherishing and demonizing her relationship with Ted. Richly imagined yet meticulously faithful to the actual events of Plath’s life, Wintering is a remarkable portrait of the moments of bravery and exhilaration that Plath found among the isolation and terror of her depression

Praise For Wintering: A Novel of Sylvia Plath…

Kate Moses was born in San Francisco in 1962 to a British father and an American mother and grew up in various parts of the United States before returning to California to attend college. She subsequently worked as an editor in publishing and as literary director at San Francisco’s Intersection for the Arts. In 1997 she became one of the two founding editors of Salon.com’s Mothers Who Think Web site, which led to the American Book Award—winning anthology Mothers Who Think, coedited with Camille Peri. She lives in San Francisco with her husband and their two children. Wintering is her first novel.
Loading...
or
Not Currently Available for Direct Purchase