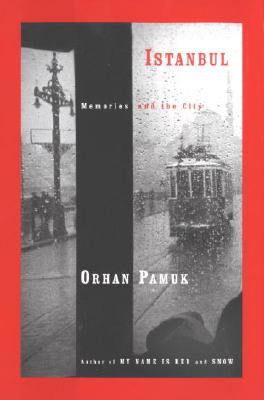 Memories and the City

A portrait, by turns intimate and panoramic, of one of the world’s great cities, by its foremost man of letters, author of the acclaimed novels Snow and My Name Is Red.

Blending reminiscence with history; family photographs with portraits of poets and pashas; art criticism, metaphysical musing, and, now and again, a fanciful tale, Orhan Pamuk invents an ingenious form to evoke his lifelong home, the city that forged his imagination. He begins with his childhood among the eccentric extended Pamuk family in the dusty, carpeted, and hermetically sealed apartment building they shared. In this place came his first intimations of the melancholy awareness that binds all residents of his city together: that of living in the seat of ruined imperial glories, in a country trying to become “modern” at the dizzying crossroads of East and West. This elegiac communal spirit overhangs Pamuk’s reflections as he introduces the writers and painters (among the latter, most particularly the German Antoine-Ignace Melling) through whose eyes he came to see Istanbul. Against a background of shattered monuments, neglected villas, ghostly backstreets, and, above all, the fabled waters of the Bosphorus, he presents the interplay of his budding sense of place with that of his predecessors. And he charts the evolution of a rich, sometimes macabre, imaginative life, which furnished a daydreaming boy refuge from family discord and inner turmoil, and which would continue to serve the famous writer he was to become. It was, and remains, a life fed by the changing microcosm of the apartment building and, even more, the beckoning kaleidoscope beyond its walls.

As much a portrait of the artist as a young man as it is an oneiric Joycean map of the city, Istanbul is a masterful evocation of its subject through the idiosyncrasies of direct experience as much as the power of myth--the dazzling book Pamuk was born to write.