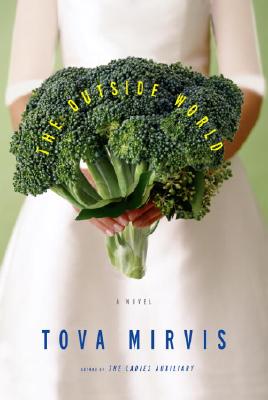 From the best-selling author of "The Ladies Auxiliary," a hilarious new novel about two Orthodox Jewish families brought together by the marriage of their children.
Tzippy Goldman's mother has been planning her wedding since before she was born. Her four younger sisters want her to marry the crown prince of Boro Park. But Tzippy, approaching spinsterhood at the age of twenty-two, has other ideas. Tzippy has been on one too many blind dates in the lobby of the Brooklyn Marriott. She is hungry for experience and longs to escape the suffocating expectations of religious stricture and romantic obligation.
Bryan Miller's family lives in a liberal New Jersey community. Like Orthodox Jews anywhere in the world, they spend Saturdays in synagogue. And like suburbanites anywhere in the world, they wake up on Sundays and take their kids to Little League games and stop for pizza on the way home. But to Bryan, this middle road looks more and more like hypocrisy. He longs for conviction, for the relief of absolutes. To his parents' bewilderment and horror, he trades in his beloved Yankees cap for the black fedora of the ultra-Orthodox.
In the courtship of Bryan and Tzippy, and in the progress of their highly freighted love affair and marriage, Tova Mirvis illuminates an insular world, where ancient and modern collide. With warmth, originality, and remarkable insight, she considers isolation and assimilation; the fervor of the zealot, the doubt of the truly faithful; the hunger for freedom, the hunger for God; and the retreat into traditionalism that has become a worldwide phenomenon among young people of all religions. "The Outside World" is a marvelous evocation of family and community, and of the struggle to be religious in a modern world.