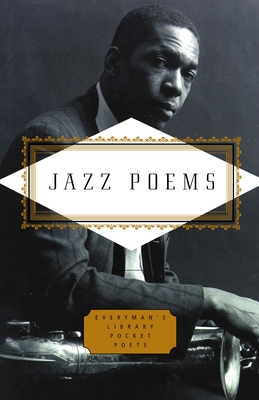 Ever since its first flowering, jazz has had a powerful influence on American poetry; this scintillating anthology offers a treasury of poems that are as varied and as vital as the music that inspired them.

From the Harlem Renaissance to the beat movement, from the poets of the New York school to the contemporary poetry scene, the jazz aesthetic has been a compelling literary force—one that Jazz Poems makes palpable. We hear it in the poems of Langston Hughes, E. E. cummings, William Carlos Williams, Frank O’Hara, and Gwendolyn Brooks, and in those of Yusef Komunyakaa, Charles Simic, Rita Dove, Ntozake Shange, Mark Doty, William Matthews, and C. D. Wright. Here are poems that pay tribute to jazz’s great voices, and poems that throb with the vivid rhythm and energy of the jazz tradition, ranging in tone from mournful elegy to sheer celebration.

Kevin Young is the author of three previous collections of poetry and the editor of Library of America’s John Berryman: Selected Poems, Everyman’s Library Pocket Poets anthology Blues Poems, and Giant Steps: The New Generation of African American Writers. His most recent book, Jelly Roll: A Blues, was a finalist for the National Book Award and the Los Angeles Times Book Prize, and won the Paterson Poetry Prize. A recent Guggenheim Foundation Fellow, Young is currently Ruth Lilly Professor of Poetry at Indiana University.