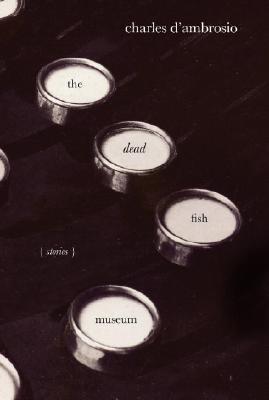 “In the fall, I went for walks and brought home bones. The best bones weren’t on trails—deer and moose don’t die conveniently—and soon I was wandering so far into the woods that I needed a map and compass to find my way home. When winter came and snow blew into the mountains, burying the bones, I continued to spend my days and often my nights in the woods. I vaguely understood that I was doing this because I could no longer think; I found relief in walking up hills. When the night temperatures dropped below zero, I felt visited by necessity, a baseline purpose, and I walked for miles, my only objective to remain upright, keep moving, preserve warmth. When I was lost, I told myself stories . . .”


So Charles D’Ambrosio recounted his life in Philipsburg, Montana, the genesis of the brilliant stories collected here, six of which originally appeared in The New Yorker. Each of these eight burnished, terrifying, masterfully crafted stories is set against a landscape that is both deeply American and unmistakably universal. A son confronts his father’s madness and his own hunger for connection on a misguided hike in the Pacific Northwest. A screenwriter fights for his sanity in the bleak corridors of a Manhattan psych ward while lusting after a ballerina who sets herself ablaze. A Thanksgiving hunting trip in Northern Michigan becomes the scene of a haunting reckoning with marital infidelity and desperation. And in the magnificent title story, carpenters building sets for a porn movie drift dreamily beneath a surface of sexual tension toward a racial violence they will never fully comprehend. Taking place in remote cabins, asylums, Indian reservations, the backloads of Iowa and the streets of Seattle, this collection of stories, as muscular and challenging as the best novels, is about people who have been orphaned, who have lost connection, and who have exhausted the ability to generate meaning in their lives. Yet in the midst of lacerating difficulty, the sensibility at work
in these fictions boldly insists on the enduring power of love. D’Ambrosio conjures a world that is fearfully inhospitable, darkly humorous, and touched by glory; here are characters, tested by every kind of failure, who struggle to remain human, whose lives have been sharpened rather than numbed by adversity, whose apprehension of truth and beauty has been deepened rather than defeated by their troubles. Many writers speak of the abyss. Charles D’Ambrosio writes as if he is inside of it, gazing upward, and the gaze itself is redemptive, a great yearning ache, poignant and wondrous, equal parts grit and grace.

A must read for everyone who cares about literary writing, The Dead Fish Museum belongs on the same shelf with the best American short fiction.

“D’Ambrosio, who should be ranked up near Carver and Jones on the top tier of contemporary practitioners of the short story, manages to channel Carver’s deftly elliptical manner and Jones’ wounded machismo. Yet in this collection he marks out his own territory, using only the most steadfast and difficult of a writer’s tools—craft and character—and his own marvelously skewed lens.”
—Los Angeles Times Book Review

“D’Ambrosio spins out descriptive lines or dialogue strong enough to lift the entire edifice of a story with a shudder.”
—Chicago Tribune

“The stories that make up The Dead Fish Museum are lithe masterpieces of emotional chiaroscuro.”
—Elle

“[D’Ambrosio] can’t expect us to do anything more than take a quick breath, and go on to read more of his beautifully crafter images of departing light.”
—San Francisco Chronicle

“With The Dead Fish Museum, D’Ambrosio has staked out a place in the company of Carver, Denis Johnson, and Richard Yates, great writers depicting marginal lives in spiritual crisis.”
—Bookforum

“These evocative stories are dark and graceful, as deeply nuanced as novels. D’Ambrosio evokes lives of regret and resignation, and there’s never a false note, only the quiet desperation of souls seeking the elusive promise of redemption.”
—The Miami Herald

“These stories . . . are almost impossible to put down. D’Ambrosio’s prose is fluid, even insinuating. Sentence leads on to sentence with a momentum that mimics the twisted logic of madness, the small steps and sudden turns that lead people from well-lit streets and into dark alleys.”
—The Seattle Times

“Spectacular. . . . A Stunning fusion of character and setting.”
—Time Out New York

“It is astonishing that a writer with [D’Ambrosio’s] depth and agility is not a household name. But that, it seems, is about to change.”
—Bomb

“Charles D’Ambrosio’s second collection of short fiction is overflowing with sentences that read like small, exquisite poems. . . . One of the strongest [collections] we’ve read all year.”
—Seattle Magazine

“The Dead Fish Museum reveals [D’Ambrosio] to be a writer with the agility to surprise, delight and move readers. . . . These are stories to relish.”
—Ceder Rapids Gazette

“Beautiful . . . unaffected . . . [D’Ambrosio] is a writer’s writer, a man who has climbed to the upper echelon of American letters with nothing but his perfectly honed prose to guide him.”
—Portland Mercury

“D’Ambrosio not only tells these stories well, he does so with some of the most gorgeous prose in recent memory.”
—Tulsa World

“Every other sentence is a masterpiece. Not a museum–type masterpiece, to be admired but not touched, to be treasured but not explored, but one you could find on a nature trail, created by the author but guided by the hand of God. . . . A reader will gain something rare after reading this book: a sense of wonder at the resilience of a human soul.”
—Bloomsbury Review