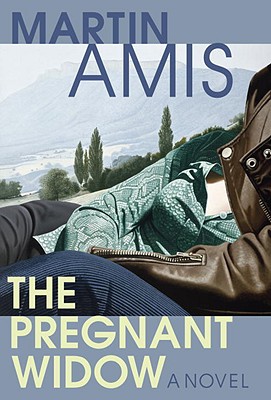 The year is 1970, and the youth of Europe are in the chaotic, ecstatic throes of the sexual revolution. Though blindly dedicated to the cause, its nubile foot soldiers have yet to realize this disturbing truth: that between the death of one social order and the birth of another, there exists a state of terrifying purgatory or, as Alexander Herzen put it, a pregnant widow.
Keith Nearing is stuck in an exquisite limbo. Twenty years old and on vacation from college, Keith and an assortment of his peers are spending the long, hot summer in a castle in Italy. The tragicomedy of manners that ensues will have an indelible effect on all its participants, and we witness, too, how it shapes Keith's subsequent love life for decades to come. Bitingly funny, full of wit and pathos, "The Pregnant Widow "is a trenchant portrait of young lives being carried away on a sea of change.

Praise For The Pregnant Widow: Inside History…

“Amis is back in fine form, riffing brilliantly on sex, beauty, age and the aftermath of social revolution.” —NPR.org

“Classic Amis…One must read The Pregnant Widow for its evocation of youth without innocence, and of the sexual revolution’s ‘tingle of license,’ where words—not just bodies—were liberated.” —Parul Sehgal, Time Out New York

“Amid droll banter and hilariously raunchy episodes, immensely gifted and piquantly mercurial Amis ponders, in passages of surprising eloquence, beauty, time, self, deception, “the winepress of death,” and the abiding light of literature, deepening the valence of this charmingly provocative and philosophical comedy of desire.” —Donna Seaman, Booklist, starred review

“Fine and hilarious…Amis at his absolute and unique best.” —The Economist

“Sumptuous….It is beautifully achieved, cunningly relaxed, and reveals considerable emotional depth…Moving and humane, The Pregnant Widow also captivates by the accustomed wit and elegance of its style….The Man Booker Prize would be no more than its due.” —Philip Hensher, Daily Telegraph

“Close to a masterpiece…hilarious, often wonderfully perceptive, uncompromisingly ambitious and written by a great master of the English language.  In a time when many of our novelists are hedging their bets, Amis is gloriously undaunted.” —Justin Cartwright, The Financial Times

Martin Amis is the author of eleven previous novels, the memoir "Experience," and two collections of stories and six of nonfiction, most recently "The Second Plane." He lives in London.
Loading...
or
Not Currently Available for Direct Purchase