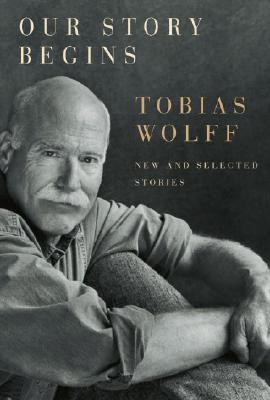 “One of our most exquisite storytellers” (Esquire) gives us his first collection in over a decade: ten potent new stories that, along with twenty-one classics, display his mastery over a quarter century.

Tobias Wolff’s first two books, In the Garden of the North American Martyrs and Back in the World, were a powerful demonstration of how the short story can “provoke our amazed appreciation,” as The New York Times Book Review wrote then. In the years since, he’s written a third collection, The Night in Question, as well as a pair of genre-defining memoirs (This Boy’s Life and In Pharaoh’s Army), the novella The Barracks Thief, and, most recently, a novel, Old School.

Now he returns with fresh revelations—about biding one’s time, or experiencing first love, or burying one’s mother—that come to a variety of characters in circumstances at once everyday and extraordinary: a retired Marine enrolled in college while her son trains for Iraq, a lawyer taking a difficult deposition, an American in Rome indulging the Gypsy who’s picked his pocket. In these stories, as with his earlier, much-anthologized work, he once again proves himself, according to the Los Angeles Times, “a writer of the highest order: part storyteller, part philosopher, someone deeply engaged in asking hard questions that take a lifetime to resolve.”

Praise For Our Story Begins: New and Selected Stories…

“A towering monument of a book…[Wolff] has courteously picked 21 of his presumable favorites–going back to the very beginning–and then appended to this welcome gift a collection of ten new stories that alone would be cause for celebration…There’s no one else practicing the form with as much warm devotion or cool mastery.” –Jeff Turrentine, The Washington Post


“Wolff is a superb storyteller who makes almost anything he touches ring true.” —Newsweek

“For thirty years Wolff has been publishing stories that feel yanked from the jagged mouth of real experience and turned into art…The entire moral crux of life pivots on an instant…These stories remind a reader how powerful and important good stories are, especially ones that look unblinkingly into our wicked, yearning hearts.” —John Freeman, Sunday Star-Ledger

“It’s impossible to read Tobias Wolff and not come away transformed…[He] fully exposes the good, bad, and ugly about what it means to be alive in this day and age.” —Andrew Ervin, The Philadelphia Inquirer

“Wolff reminds us again and again why we still return to fiction for what we need to know about how people live their lives.” —Daniel Torday, Esquire

"Restrained, droll, and nearly flawless in structure, Tobias Wolff's keen-edged stories often concern confused folks who want to do the right thing, or at least find a way to allow themselves to believe that they're doing the fith thing...Ten of [these] stories are new, and they're more accomplished than ever." —Karen Karbo, Entertainment Weekly, (Grade A)

“If any short story writer working today has earned the right to release his greatest hits, it’s Tobias Wolff…The complexity of emotion [he] evokes within the space of a few pages, from hilarity to heartbreak, is often nothing short of astonishing.” Jenny Shank, Rocky Mountain News

"A volume that belongs on everybody's shelf along with Hemingway's 'In Our Time,' Salinger's 'Nine Stories' and the collected works of Flannery O'Connor, Raymond Carver, Gabriel García Márquez, William Trevor and Alice Munro…Wolff conjures stories that etch your memory–which is to say, they become a part of you.  This makes him, in my book, a very great writer indeed." —Marianne Wiggins, Los Angeles Times Book Review

"This book can function as a 'Portable Wolff,' concentrating some of his best work in one place and reflecting the breadth of his gifts in the short form…In these stories–about husbands and wives, rich kids and poor kids, military men and working mothers, compromised academics and callous businessmen, all brought by circumstance to some crux of moral reckoning–Wolff's voice is unfailingly authentic, while his embrace of the variety of American experience is knowing, forgiving and all-encompassing." —Liesl Schillinger, New York Times Book Review

“For more than three decades, Tobias Wolff has honed the craft of making sublime art out of the short-story form…Wolff’s alchemy in these stories is oddly and deeply transformative. They inevitably rise above their ostensible subject into some universal terrain [with] intelligence, compassion and a radical openness to life’s unfathomable surprises.” —Dan Cryer, San Francisco Chronicle

“Tender, dazzling, heart-stopping fiction from a master of deep truths and unexpected turns…This collection provides a clean, swift tour through Wolff’s famous earlier stories and ends with ten new ones, each a more polished gem than the last…Intensely pleasurable.” —Vince Passaro, O, The Oprah Magazine

“[Tobias Wolff] writes with the exacting precision of a bombmaker. With steady hands and sinister ambitions, he crafts his best fictions in miniature, detonating his characters’ lives in the time it takes to read a paragraph, crafting tales that turn on a single, diabolical sentence…Wolff’s stories are filled with such distillations of intense, life-altering moments, and Our Story Begins presents the best examples from his past quarter century of writing.” —Joe Woodward, Poets & Writers

Tobias Wolff is the author of seven previous books and the editor of "The Vintage Book of American Short Stories." Among his honors are the PEN/Malamud Award and the Rea Award, both for excellence in the short story, the Los Angeles Times Book Prize, and the PEN/Faulkner Award. He lives in Northern California and teaches at Stanford University.
Loading...
or
Not Currently Available for Direct Purchase