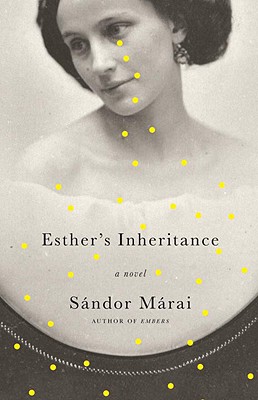 What is it to be in love with a pathological liar and fantasist? Esther is, and has been for more than twenty years. Lajos, the liar, married her sister, and when she died, Lajos disappeared. Or did he? And Esther? She was left with her elderly cousin, the all-knowing Nunu, and a worn old house, living a life of the most modest comforts. All is well, but all is tired.

Until a telegram arrives announcing that, after all these years, Lajos is returning with his children. The news brings both panic and excitement. While no longer young and thoroughly skeptical about Lajos and his lies, Esther still remembers how incredibly alive she felt when he was around. Lajos’s presence bewitches everyone, and the greatest part of his charm—and his danger—lies in the deftness with which he wields that delicate power. Nothing good can come of this: friends rally round, but Lajos’s arrival, complete with entourage, begins a day of high theater.

has the taut economy of Márai’s Embers, and presents a remarkable narrator who delivers the story as both tragedy and comedy on an intimate scale that nevertheless has archetypal power.

“Márai is one of the greatmodern novelists, in the same league as Gabriel García Márquez.”
—The Washington Post Book World

Sandor Marai was born in Kassa, in the Austro-Hungarian Empire, in 1900, and died in San Diego, California, in 1989. He rose to fame as one of the leading literary novelists in Hungary in the 1930s. Profoundly antifascist, he survived the war, but persecution by the Communists drove him from the country in 1948, first to Italy, then to the United States. "Embers" was published in English for the first time in 2001.
Loading...
or
Not Currently Available for Direct Purchase