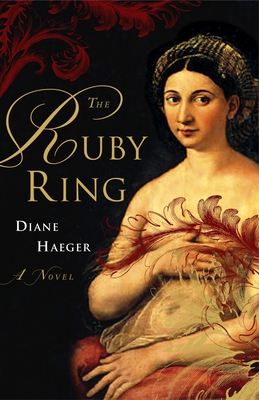 Rome, 1520. The Eternal City is in mourning. Raphael Sanzio, beloved painter and national hero, has died suddenly at the height of his fame. His body lies in state at the splendid marble Pantheon. At the nearby convent of Sant’Apollonia, a young woman comes to the Mother Superior, seeking refuge. She is Margherita Luti, a baker’s daughter from a humble neighborhood on the Tiber, now an outcast from Roman society, persecuted by powerful enemies within the Vatican. Margherita was Raphael’s beloved and appeared as the Madonna in many of his paintings. Theirs was a love for the ages. But now that Raphael is gone, the convent is her only hope of finding an honest and peaceful life.

The Mother Superior agrees to admit Margherita to their order. But first, she must give up the ruby ring she wears on her left hand, the ring she had worn in Raphael’s scandalous nude “engagement portrait.” The ring has a storied past, and it must be returned to the Church or Margherita will be cast out into the streets. Behind the quiet walls of the convent, Margherita makes her decision . . . and remembers her life with Raphael—and the love and torment—embodied in that one precious jewel.

In The Ruby Ring, Diane Haeger brings to life a love affair so passionate that it remains undimmed by time. Set in the sumptuous world of the Italian Renaissance, it’s the story of the clergymen, artists, rakes, and noblemen who made Raphael and Margherita’s world the most dynamic and decadent era in European history.

Diane Haeger is the author of five previous historical novels, including My Dearest Cecelia and The Secret Wife of George IV. She lives in California.
Loading...
or
Not Currently Available for Direct Purchase