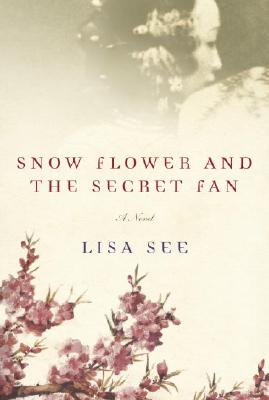 Lily is haunted by memories of who she once was, and of a person, long gone, who defined her existence. She has nothing but time now, as she recounts the tale of Snow Flower, and asks the gods for forgiveness.
In nineteenth-century China, when wives and daughters were foot-bound and lived in almost total seclusion, the women in one remote Hunan county developed their own secret code for communication: nu shu ( women's writing ). Some girls were paired with laotongs, old sames, in emotional matches that lasted throughout their lives. They painted letters on fans, embroidered messages on handkerchiefs, and composed stories, thereby reaching out of their isolation to share their hopes, dreams, and accomplishments.
With the arrival of a silk fan on which Snow Flower has composed for Lily a poem of introduction in nu shu, their friendship is sealed and they become old sames at the tender age of seven. As the years pass, through famine and rebellion, they reflect upon their arranged marriages, loneliness, and the joys and tragedies of motherhood. The two find solace, developing a bond that keeps their spirits alive. But when a misunderstanding arises, their lifelong friendship suddenly threatens to tear apart.
Snow Flower and the Secret Fan is a brilliantly realistic journey back to an era of Chinese history that is as deeply moving as it is sorrowful. With the period detail and deep resonance of Memoirs of a Geisha, this lyrical and emotionally charged novel delves into one of the most mysterious of human relationships: female friendship.


Praise For Snow Flower and the Secret Fan…

Advance praise for Snow Flower and the Secret Fan

“Lisa See has written her best book yet. Snow Flower and the Secret Fan is achingly beautiful, a marvel of imagination of a real and secret world that has only recently disappeared. It is a story so mesmerizing the pages float away and the story remains clearly before us from beginning to end.”
–Amy Tan, author of The Joy Luck Club and The Opposite of Fate: A Book of Musings

“I was mesmerized by this wondrous book–the story of a secret civilization of women, who actually lived in China not long ago. . . . Magical, haunting fiction. Beautiful.”
–Maxine Hong Kingston, author of The Fifth Book of Peace

Lisa See is the author of "Flower Net" (an Edgar Award nominee), "The Interior," and "Dragon Bones," as well as the critically acclaimed memoir "On Gold Mountain." The Organization of Chinese American Women named her the 2001 National Woman of the Year. She lives in Los Angeles.

"To schedule a speaking engagement, please contact American Program Bureau" at www.apbspeakers.com
Loading...
or
Not Currently Available for Direct Purchase